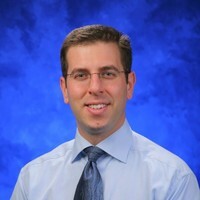 Dr. Ian M. Paul is a Professor of Pediatrics and Public Health Sciences at the Pennsylvania State University College of Medicine. He is also Chief of the Division of Academic General Pediatrics and Vice Chair of Faculty Affairs in the Department of Pediatrics at Penn State Children’s Hospital in Hershey, PA. Dr. Paul is a general pediatrician and clinical and health services researcher with principal interests in a) primary preventive interventions for newborns, infants, and families and b) clinical therapeutics for children. His research focuses on these two areas with the largest current NIH/NIDDK-funded projects focusing on the prevention of childhood obesity through home-based interventions delivered to parents of infants. His work in this field includes the first ever study to demonstrate that behavioral interventions delivered in the months after birth can lead to slower infant weight gain and lower body mass index through age 3 years. He has also been funded by HRSA/MCHB on projects related to newborn weight loss and breastfeeding, research that generated the first ever nomograms depicting newborn weight loss for exclusively breastfed and exclusively formula fed term neonates during the birth hospitalization (www.newbornweight.org) and through the first month after birth. Dr. Paul is and has been a co-investigator on numerous other federally-funded projects. In total, Dr. Paul has over 150 peer-reviewed scholarly contributions including those published in the New England Journal of Medicine, JAMA, Proceedings of the National Academy of Sciences, JAMA Pediatrics, Pediatrics, Obesity, Annals of Emergency Medicine, and Journal of Allergy and Clinical Immunology. Dr. Paul has held leadership positions with the American Academy of Pediatrics including service on the Committee on Drugs (2010-2016). He also is a steering committee member for the NIH’s Pediatric Trials Network (PTN) and a participant in the CDC’s PROTECT initiative, which seeks to prevent unintended ingestions and overdose of medications by children. His role on these committees reflects his experience with child health outcomes and pediatric clinical therapeutics. Dr. Paul is also an internationally recognized expert on the pediatric treatment of the common cold and its symptoms having led numerous investigations related to cough/cold medications and antipyretics. In recognition of his contributions to the health of infants, mothers, and children in the United States, in 2019 he received the Director’s Award from the U.S. Health Resources & Services Administration’s Maternal and Child Health Bureau. Locally at Penn State, he received the Excellence in Career Mentoring Award in 2020. Dr. Paul has been a Division Chief since 2013, and over that time he has overseen substantial clinical expansion with large positive operating margins. Clinical services have been expanded including the development of an ambulatory breastfeeding support service and a new Integrative Pediatrics program. Dr. Paul has recruited a number of faculty from diverse backgrounds. Several of these new faculty members have developed externally funded research programs. Others have developed new clinical or educational programs under his leadership. A clinician as well, Dr. Paul has a thriving general pediatric practice where he provides medical care for children from birth through age 21 years. He has been recognized several times for superior patient satisfaction. Dr. Paul received his B.A. from Franklin and Marshall College (cum laude) with a major in Chemistry (with honors), received both graduate degrees (M.D. and M.Sc.) from The Penn State College of Medicine, and completed his pediatric residency at Duke University.