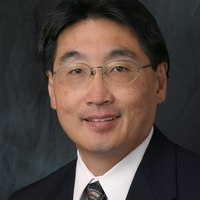 Dr. Chang is Professor and Vice-Chairman of Radiology Informatics at the University of Chicago School of Medicine. Dr. Chang received his B.A. from Harvard University and his M.D. degree from Stanford University. Concurrent with his medical school training, he also received his M.S. degree in Engineering-Economic Systems from Stanford. Dr. Chang completed his residency and fellowship training in Diagnostic Radiology at Stanford University Hospital. Dr. Chang is an internationally recognized expert in the field of imaging informatics and has been involved in numerous research and development projects related to imaging informatics as well as enterprise-wide informatics challenges. His early work in workstation design has resulted in presentation and navigation models that are widely used by the majority of PACS systems. While at the University of Iowa, he established and evaluated one of the first US rural teleradiology networks to provide primary interpretation. A novel lossless wavelet-based image distribution mechanism, dynamic transfer syntax (DTS), was co-invented by Dr. Chang, and enabled the development of one of the world’s first viable enterprise image distribution solutions. This technology was subsequently commercialized by the creation of Stentor PACS, which was acquired by Philips Medical Systems. This PACS system is used by several hundred hospitals worldwide and is a world-wide leader in market share. Dr. Chang has been an early advocate for deep and granular IT system interoperability to support data driven informatics workflow orchestration in radiology. He has led the development of one the world’s first Service Oriented Architecture (SOA) implementations within a healthcare enterprise at the University of Chicago. Dr. Chang has been able to demonstrate that this SOA approach can be leveraged to improve efficiency and quality in image acquisition, interpretation, and results communication. Dr. Chang has been active in the application of informatics approaches to radiology education. His research group was one of the first to describe, implement, and evaluate the use of simulation in radiology resident education. Under his leadership, along with important contributions by RSNA informatics staff, Diagnosis Live, a novel cloud based interactive educational platform featuring gamification and deep analytics was developed. Diagnosis Live continues to be a very popular part of the annual RSNA meeting and is being used in residency programs worldwide. Dr. Chang has been member of the RSNA Radiology Informatics Committee (RIC), ACR Informatics Committee, and the ACR Commission on Clinical Research and Information Technology. He has served as a member of the ACR Council Steering Committee and Editorial Board of the JACR. He is an informatics consultant to the RSNA for the RadSCOPE electronic education initiative and the myRSNA portal. He has published over 80 peer reviewed articles, 11 book chapters, and has been awarded 8 patents. He has given over 600 invited lectures worldwide and has served as course director and/or faculty for over 200 courses for the RSNA and for the Society for Imaging Informatics in Medicine (SIIM) in PACS and radiology informatics. In 2002, he was named as one of the “Top 20 Most Influential People in Radiology” by Diagnostic Imaging. In 2005, he was inducted as a Fellow to the College of the Society for Computer Applications in Radiology (SCAR/SIIM). In 2010, he was named as one of the “25 Most Influential People in Imaging” by RT Image. In 2016, he was awarded the Gold Medal by the RSNA “for having revolutionized the practice of radiology through his expertise in the field of imaging informatics.