Peter A. LeWitt, M.D. serves as Professor of Neurology at Wayne State University School of Medicine and directs the Parkinson’s Disease and Movement Disorders Program at Henry Ford Hospital in West Bloomfield, Michigan, USA. An M.D. graduate of Brown University School of Medicine (and also awarded an M.Med.Sc. in Biochemical Pharmacology), his neurology residency training was at Stanford University School of Medicine. Following fellowship training in experimental therapeutics at the National Institute of Neurological and Communicative Disorders, he has been active in conducting clinical trials for Parkinson’s disease and other neurological disorders. His clinical and basic neuroscience research interests have also included animal models of neurological disease, biomarkers, pharmacokinetic analysis, and, most recently, gene therapy for Parkinson’s disease. He has been the author of more than 300 publications in basic and clinical neuroscience. Dr. LeWitt was a founding member of the North American Parkinson Study Group and was elected as secretary of the Movement Disorder Society from 1998-2000. He is a member of that organization’s Task Force for the Development of Rating Scales for Parkinson’s Disease. Dr. LeWitt has been a recipient and reviewer of research grants from the National Institutes of Health, the Michael J. Fox Foundation for Parkinson’s Research, and other foundations. Since 2003, he has been editor-in-chief of Clinical Neuropharmacology and has served on the editorial boards of Movement Disorders, Journal of Neural Transmission, Journal of Parkinson’s Disease, and Translational Neurodegeneration. Dr. LeWitt has been the mentor for several movement disorder fellowship trainees and has been active in educational programs conducted by the Movement Disorder Society, the American Academy of Neurology, the European Federation of Neurological Sciences, and other organizations. 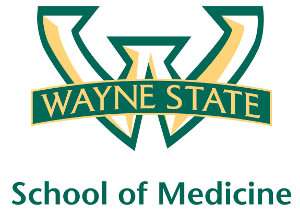