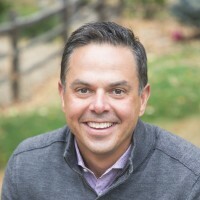 Cerus Corporation is dedicated solely to safeguarding the world’s blood supply and aims to become the preeminent global blood products company. Based in Concord, California, our employees are committed to deploy and supply vital technologies and pathogen-protected blood components for blood centers, hospitals and ultimately patients who deserve on safe blood. The INTERCEPT® Blood System for Platelets and Plasma Pathogen Reduction System inactivates bacteria, viruses, emerging pathogens, parasites and leucocytes in blood products prior to transfusion. INTERCEPT® is FDA and CE Mark approved to reduce the risk of transfusion-transmitted infection (TTI), including sepsis, and as an alternative to gamma irradiation for prevention of transfusion-associated graft versus host disease (TA-GVHD).1* INTERCEPT® pathogen reduction has also been included in multiple FDA Guidance’s to mitigate bacteria, babesia and Zika. Pathogen reduction is cited by the American Association of Blood Banks (AABB) as meeting standards to prevent TA-GVHD as an alternative to irradiation. The robust inactivation of CMV by INTERCEPT technology also meets the AABB CMV mitigation standards. Cerus currently supplies the INTERCEPT® Blood System in the United States, Europe, the Commonwealth of Independent States, the Middle East, and selected countries in other regions around the world. The INTERCEPT® Cryoprecipitate and Red Blood Cell systems are in clinical development. *There is no pathogen inactivation process that has been shown to eliminate all pathogens. Certain non-enveloped viruses (e.g., HAV, HEV, B19, and poliovirus) and Bacillus cereus spores have demonstrated resistance to the psoralen/UVA light process. 1. The INTERCEPT Blood System for Platelets Package Insert, Cerus Corporation; July 17, 2018.

Responsible for the sales and adoption of the GentleWave Technology in the Sound Central Region. Achieved President's Club in 2018, finishing 260% to quota.

Responsible for leading the Northwest Peripheral Vascular sales team and driving growth in an emerging, regional markets for a market leader in vascular access, peripheral intervention, and interventional oncology devices. Directly accountable for performance and professional development of a nine member of team. Mentor and coach charged with creating team cohesion and managing the accomplishment of the region's near-to-long term sales objectives. FY2013 - Finished #4 of 15 regions nationally and #1 in the Western Zone

Promoted the use of existing portfolio of products to targeted physicians and medical staff Analyzed market conditions and develop new marketing strategies to increase sales Was responsible for accounts with key OB/GYNs, Endocrinologists, Internists, and Urologists Achieved sales in territory of over $1.2 million in 2003 Conducted injection training classes for staff and physicians for Forteo, a bone-forming injectable